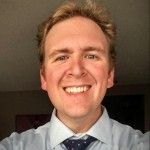 Updated 2 months ago by Mark Bazin

🔼 Enhancement - If a supervisor provides a rating before a student completes the time card, it now tells the student that this has happened and removes the ability to select any supervisors to receive the time card (since it's already been done by a supervisor).

🔼 Enhancement - Behind the scenes updates to paid work time cards.

🔼 Enhancement - When supervisors or students reply to time cards or other emails that go out, they will now be automatically routed to designated contacts at each school.

🐛 Bugfix - If a student opened an old missed day scheduling link for a day that was excused, the student could click the "Submit" button on that link and the supervisor would receive a blank scheduling email. This has been resolved.

🔼 Enhancement - School logos on emails were not all displaying at a consistent size and were also not always the latest version of the school's logo. All school logos have now been updated and are a consistent, proper size.

🔼 Enhancement - There is now a button on make up days to re-send the scheduling link to students.

🔼 Enhancement - When a follow up is requested by a supervisor, an email now goes to the partner's account owner

🐛 Bugfix - We identified an isolated issue where students could accidentally submit a time card multiple times without being fully aware they were doing it. It had very little impact - the only thing that would happen is the "Student Submitted Date" would be updated. In rare situations, that would take a student's time card from being submitted on time to being considered late.

We resolved this issue and prevented it from happening in the future. In addition, all past submissions have been updated to the correct date and time of submission.

🐛 Bugfix - In rare cases, students were set to Worked at School on the attendance screen and who had multiple supervisors would be able to choose one of their normal work supervisors to receive the time card for feedback. This has been resolved and students who are intermittently working from school can no longer choose a supervisor, and it will always go to the school's chosen Worked at School supervisor.

🐛 Bugfix - In certain cases, students who have multiple supervisors, and who selected the primary supervisor, had their time card go to an alternate supervisor instead. This has been resolved.

🐛 Bugfix - There was an isolated issue for a couple schools where updating a student's grade level would cause an error. This has been resolved.

🔼 Enhancement - Time card ratings now have new icons! Before we had colored squares with the number beside the color. Now the square has a more vibrant color, plus the rating number is highlighted visually:

🐛 Bugfix - When a student email address was changed, that new email address wasn't reflected on any previously-sent time cards. That caused reminders and "re-sends" not to work properly. This has been resolved.

🐛 Bugfix - In rare circumstances, supervisor comments were not being summarized on the attendance record. This has been resolved, and was extremely isolated.

🐛 Bugfix - If a make up day was excused, students were still being sent a request to schedule it. That has been resolved, and now students whose make up days are excused will no longer be sent a scheduling email.

🔼 Enhancement - When creating students, a current grade is now required. The student's graduation year is now automatically calculated based on the student's grade level. A couple other behind the scenes enhancements were added as well.

🐛 Bugfix - If a student is created, the Cristo Rey Email is now required, and is automatically chosen as the preferred email, even if other email fields are filled. Previously, attempting to save the record would display an error if a parent or guardian email was also entered.

🐛 Bugfix - Time card lateness was not being properly calculated and filled in. That has been fixed and applied to previous time cards.

➕ New Feature - When using the Add Student Employment(s) button on a job, if a supervisor does not have an email address, you now have the option to add one

🐛 Bugfix - The Add Student Employment(s) button on Job would sho an error if a supervisor did not have an email address. This now alerts the user of this issue.

How did we do?

(opens in a new tab)